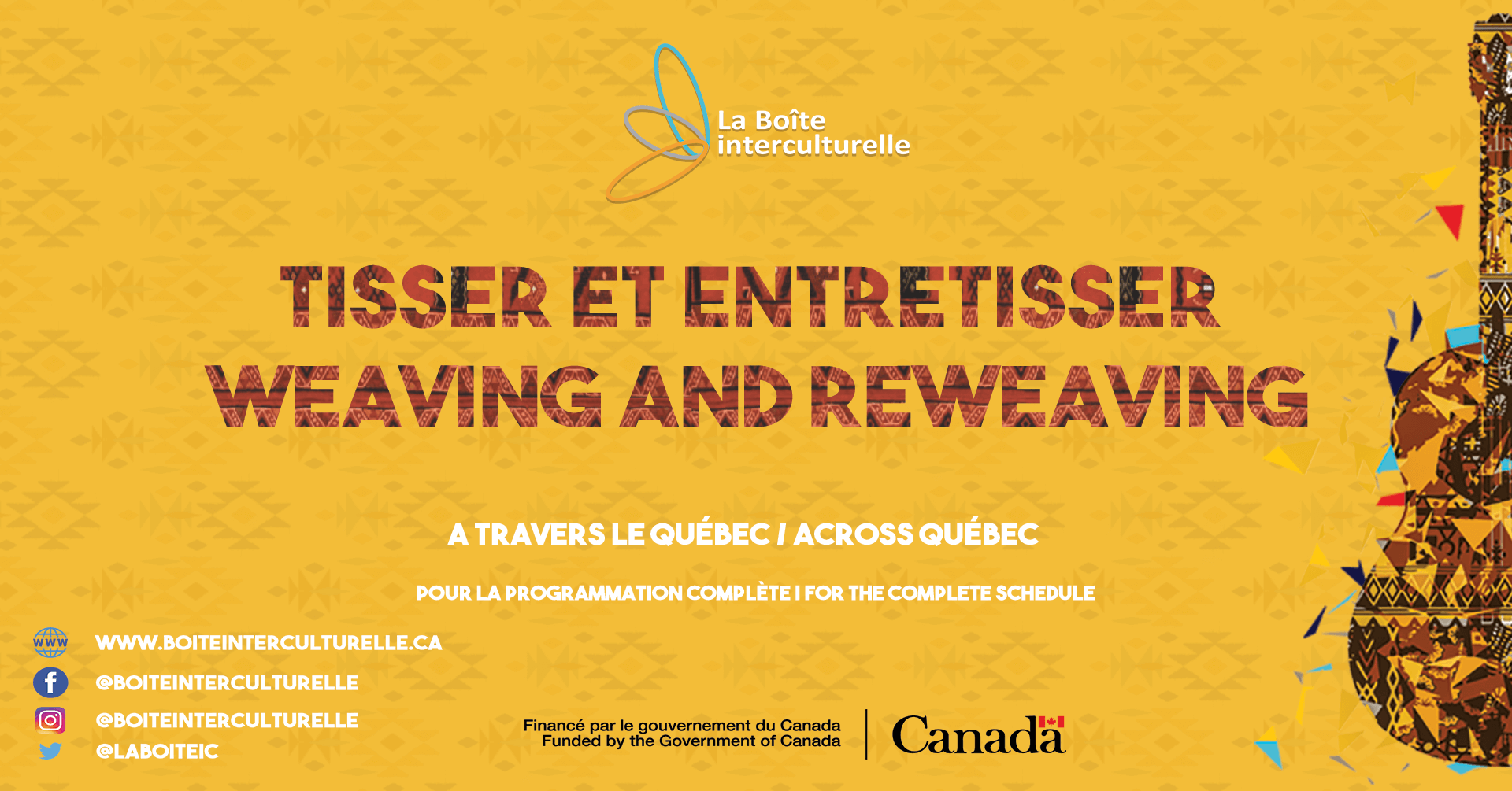 Saint-Adelphe (Québec), June 21, 2022 —  Thanks to the support of the Government of Canada and in collaboration with partners across the Province of Quebec, La Boîte interculturelle will launch in September 2022, a new project entitled Weaving and Reweaving, an interactive musical experience. La Boîte will present a series of events aimed at bringing cultures together with music as a facilitator agent.

This project, which is part of the Multiculturalism and Anti-Racism Program (Events), is the logical continuation of similar events that were held in the fall of 2021, which generated significant interest from regional organizations and citizens alike. This new project offers a unique opportunity to exchange with citizens in rural areas on the issues they face and together, find common values and collective solutions in view of a better living together.

The project consists of:

The collaboration and support of partners from across Quebec are particularly important in programming, the development of collaborative tools, and the implementation of events.

The complete schedule will be announced throughout this summer.

The main reason I’ve dedicated my life to music is the power it provides to build bridges between people. It doesn’t matter the color of their skin, their religion, their orientation or even their political affiliation. That’s why I’m delighted to come and share my art with you. Because in the end, what brings us together, is stronger than what divides us.

OTHMAN WAHABI – Othman Wahabi is a Canadian-Moroccan blues singer-songwriter, guitarist, multi-instrumentalist and music producer. He carved out a place for himself in the blues trance genre. He is best known for his slide guitar work, smoky vocals, and eclectic records that often blend the blues with other musical influences, including rock, jazz, folk, and Northwest African melodies. And while some of his compositions are marked by deliberate versatility, other songs stay true to the traditional blues roots formula of compelling, engaging vocals.

La famille Mélanger  is an open musical formation whose members come from various origins interpreting songs in different languages ​​with a very particular style and mixing several musical instruments and their voices.The objective of the group is to promote the integration into Quebec society of immigrants and people of various cultural origins through the universal language of music.

LA BOITE INTERCULTURELLE
Created in 2018, La Boîte interculturelle is a non-profit organization located in Quebec, Canada. La Boîte creates unique experiences of exchange, sharing in collaboration with artists and partners wishing to strengthen ties and forge new ones between communities.

Our approach is characterized and guided by three fundamental elements: